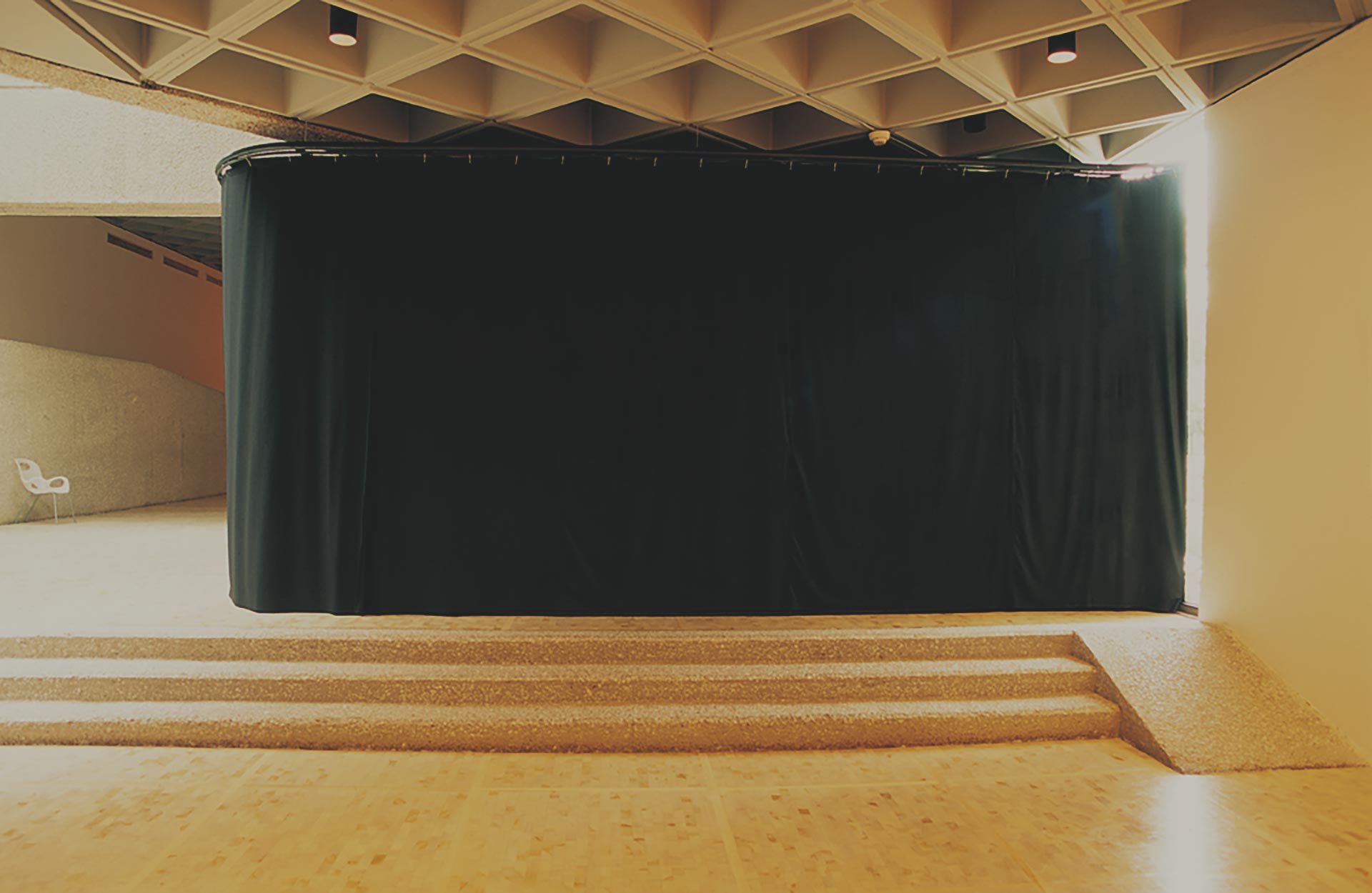 From the outside the work looks like a large hanging drape. Visitors enter a hanging black felt enclosure containing two rooms. The small entrance room leads to a larger room which has a large opening to the city outside. One side of the darkened ovoid chamber is a 17m (w) x 10m (h) glass window, treated with a light filtering foil, letting through only 2% light. An audio narrative accompanies the visitors viewing of the city.

"Looking across are brutalist modern apartment office buildings, to the right is the medieval cathedral, looking down is a roman ruin and to the left the city’s financial district sky scrapers." (as installed in Frankfurt). Two black vinyl benches provide a place to sit and contemplate the space, the city and the content of the audio narrative. The audio consists of a mixed monologue and dialogue between two women describing a city in the process of transformation and the break up and formation of a politicized group or collective of people.

The narrative navigates between the inner and outer world addressing the distorted dimensions attained within the banality of everyday situations. The interplay of two feminine voices overlapping incidentally against the brownish background of the city generates a layered cinematic experience in which notions of space and time never quite coincide." From review in Wire, 2002. 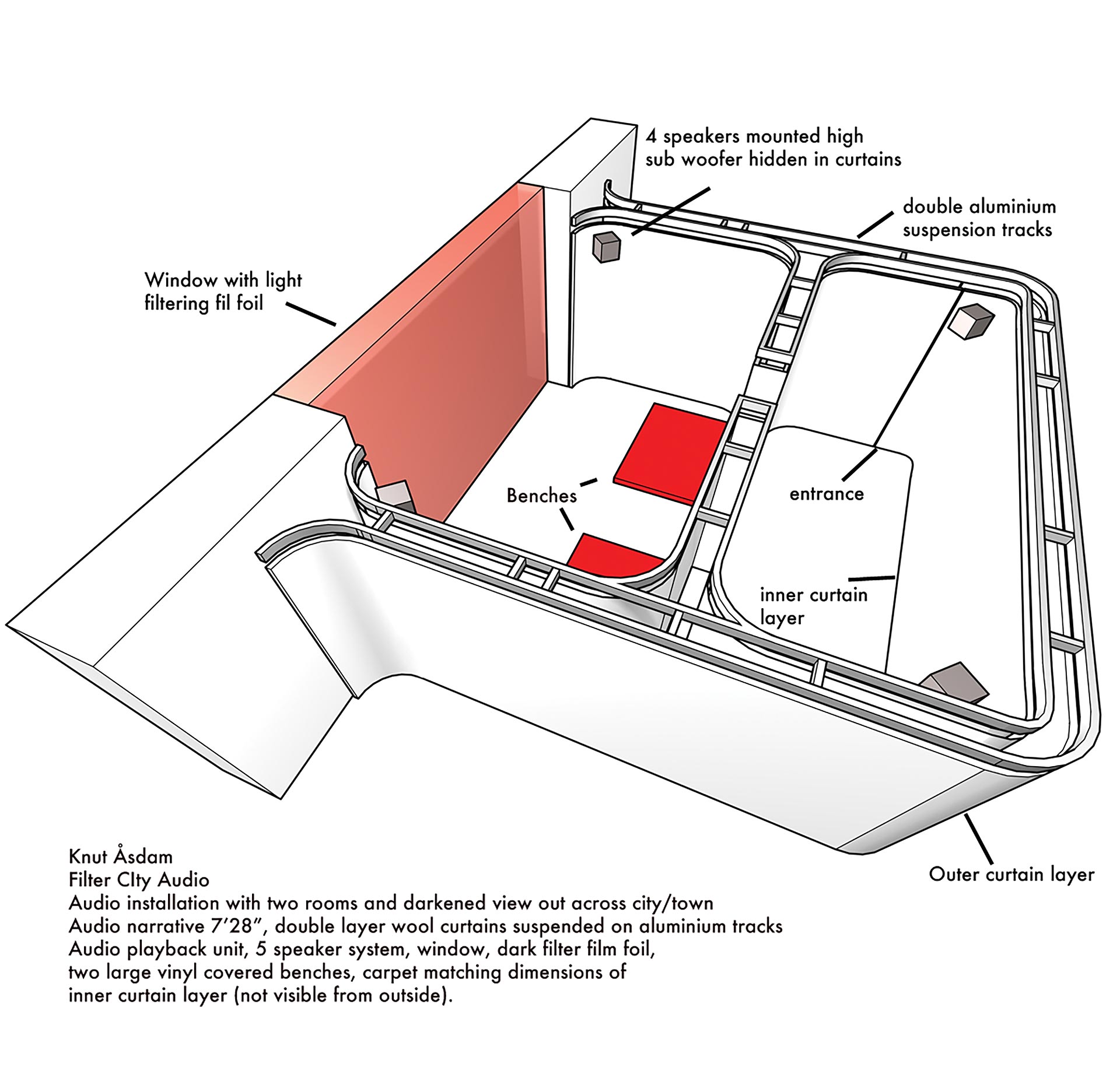 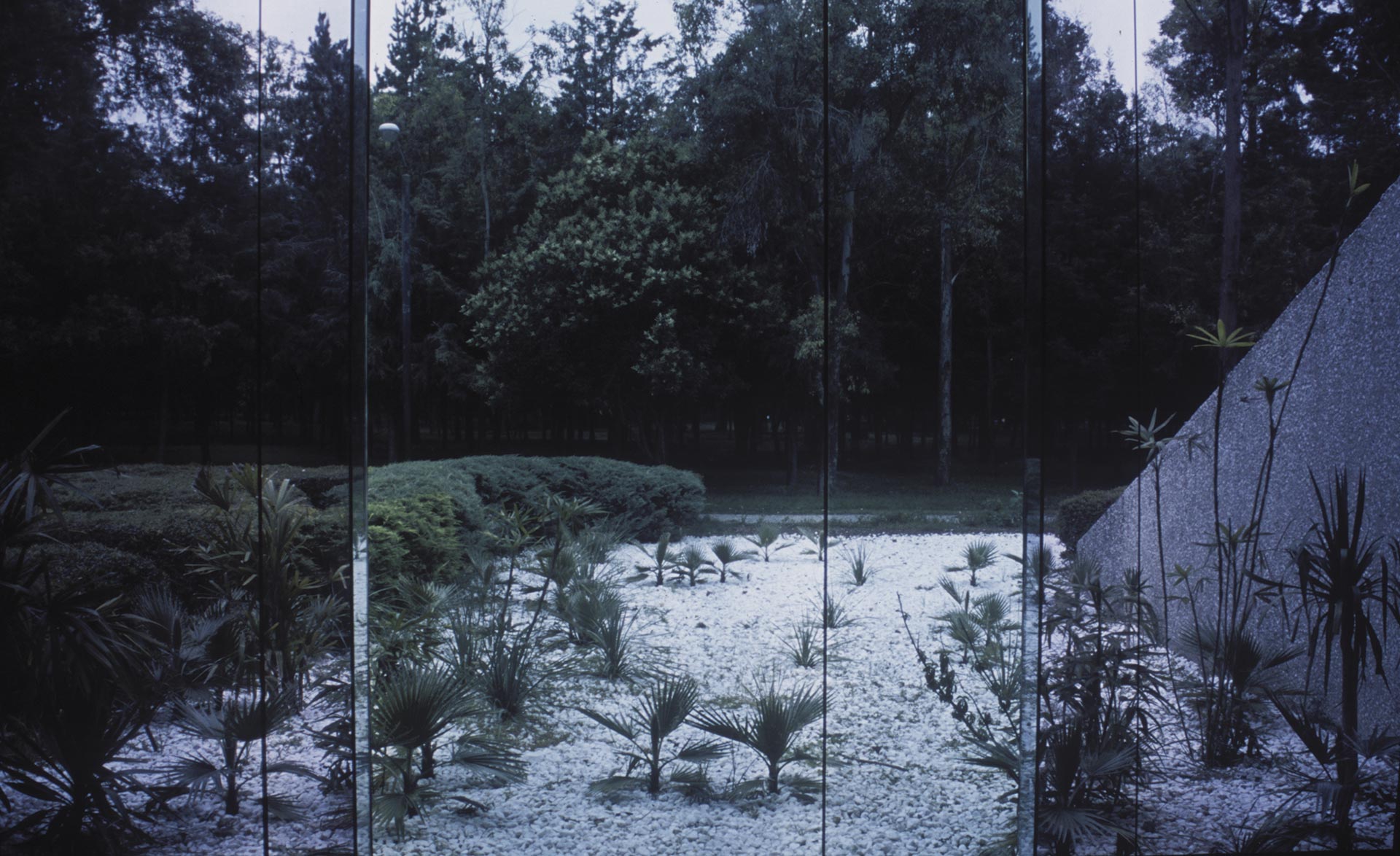 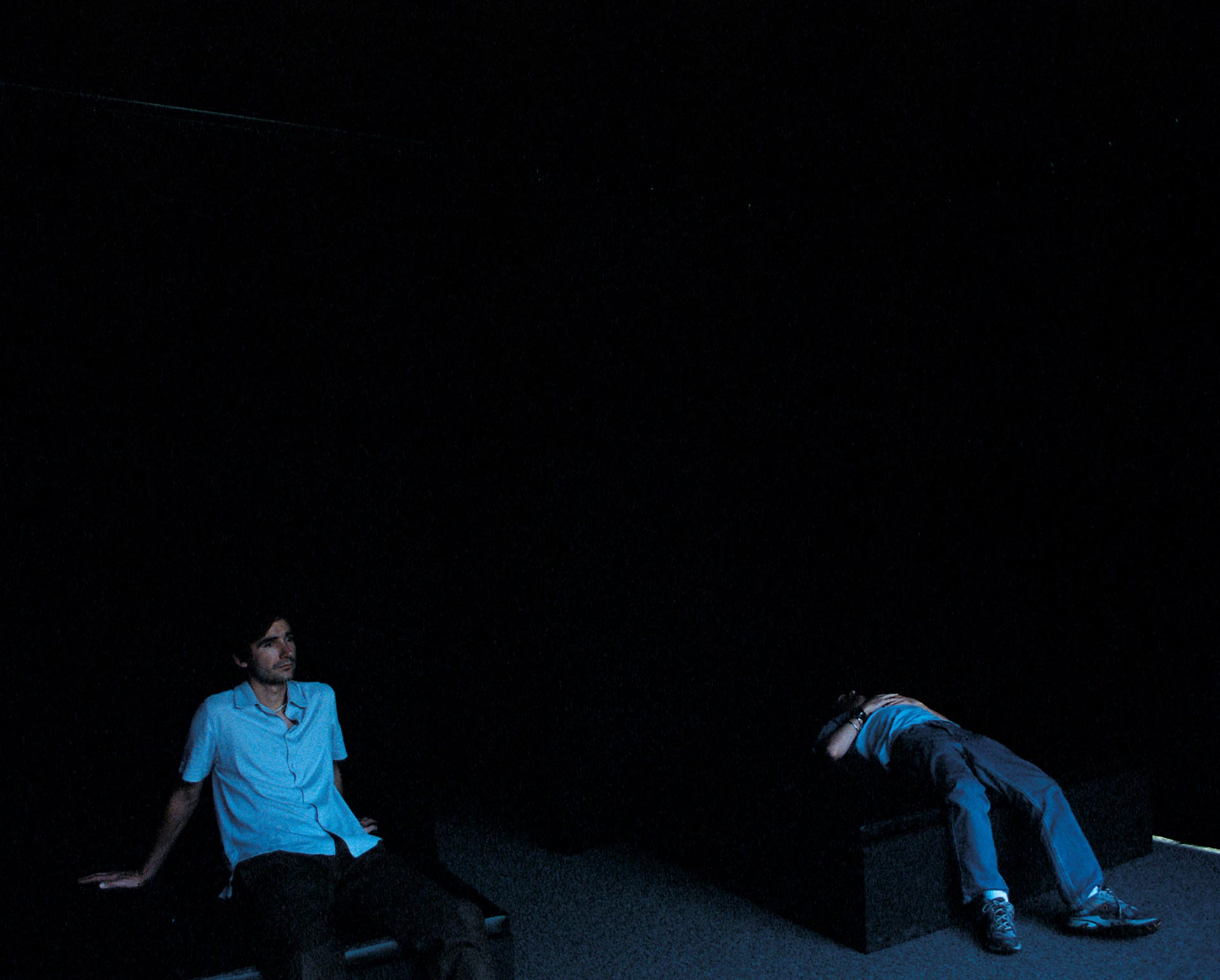 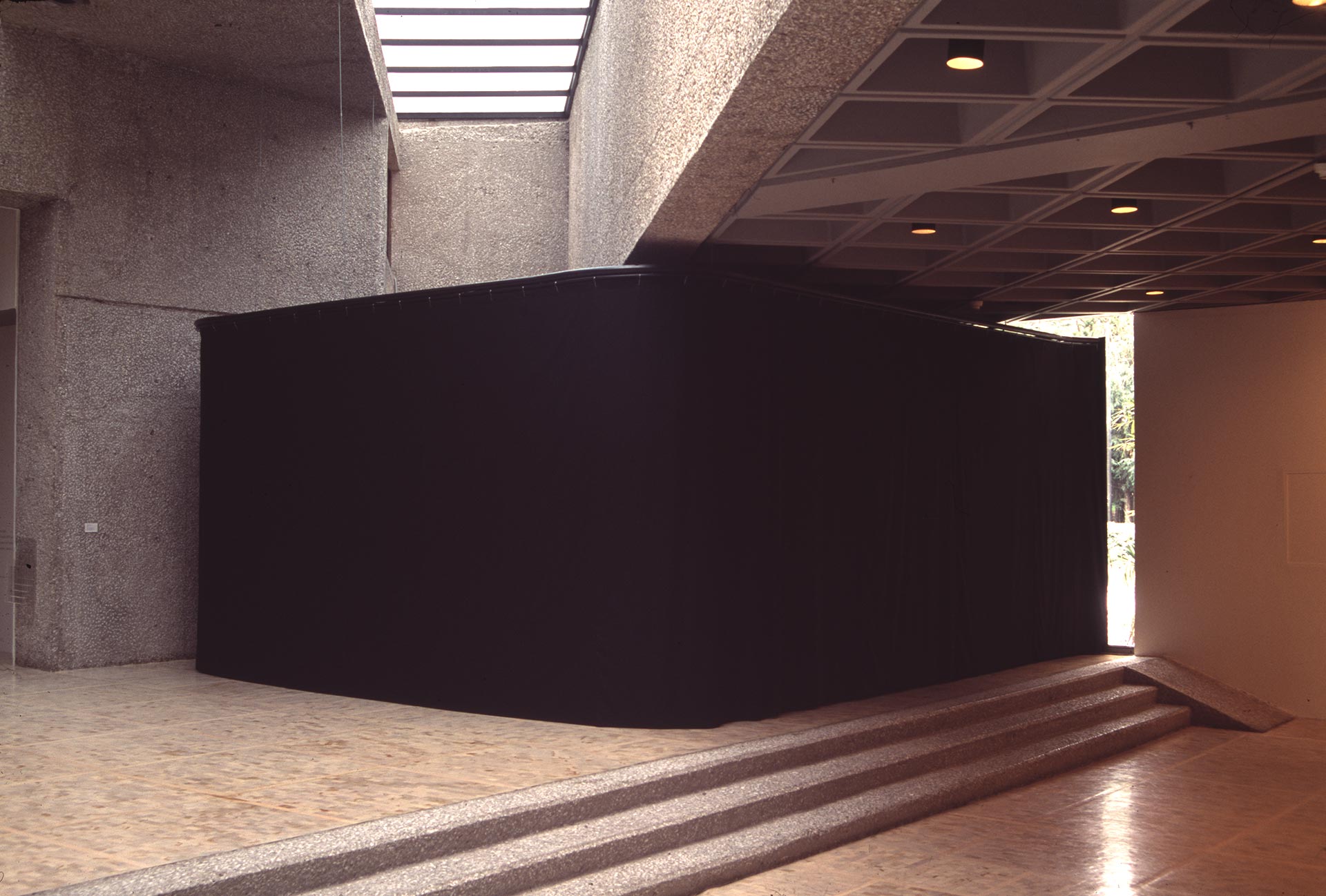 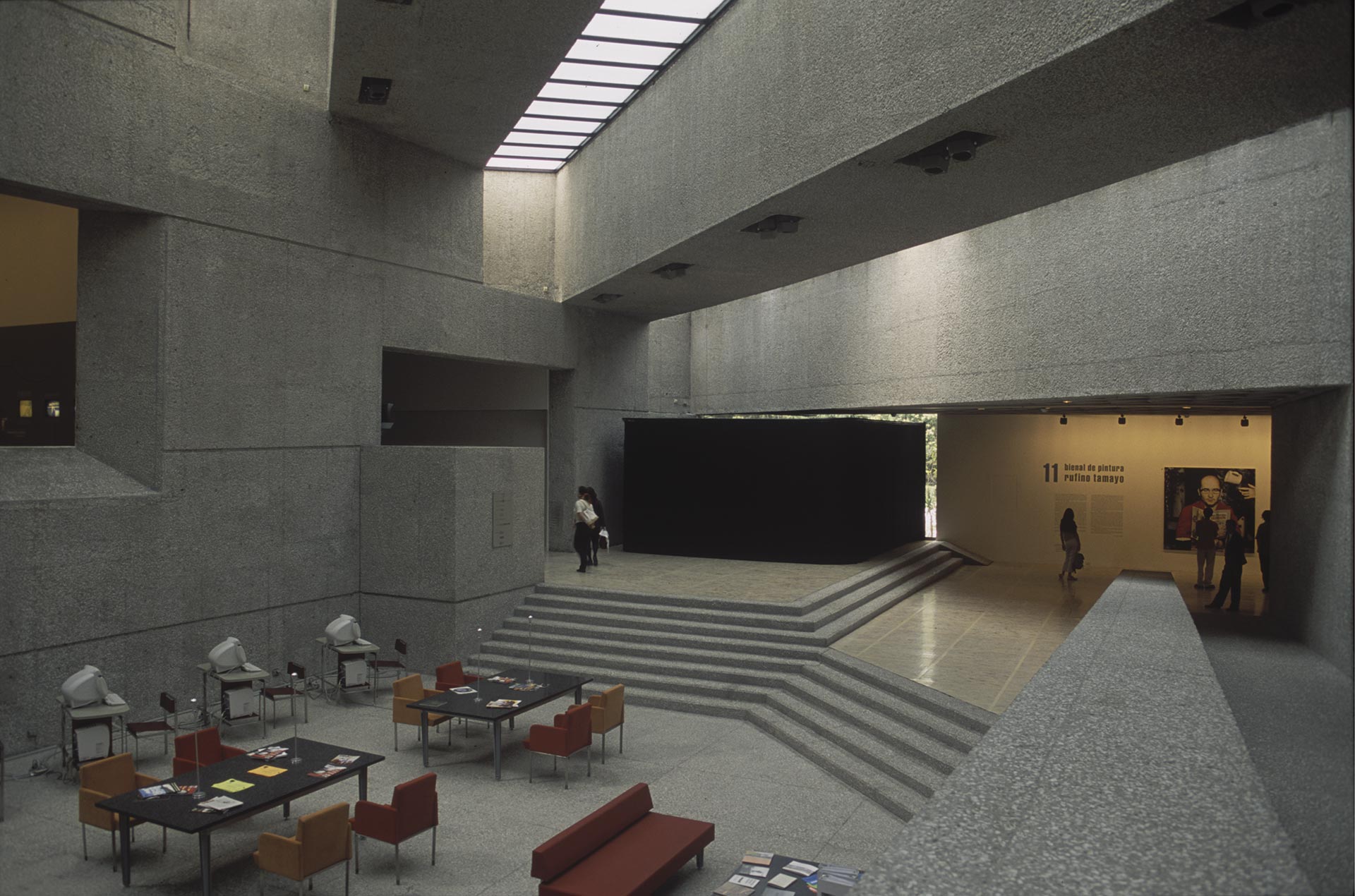