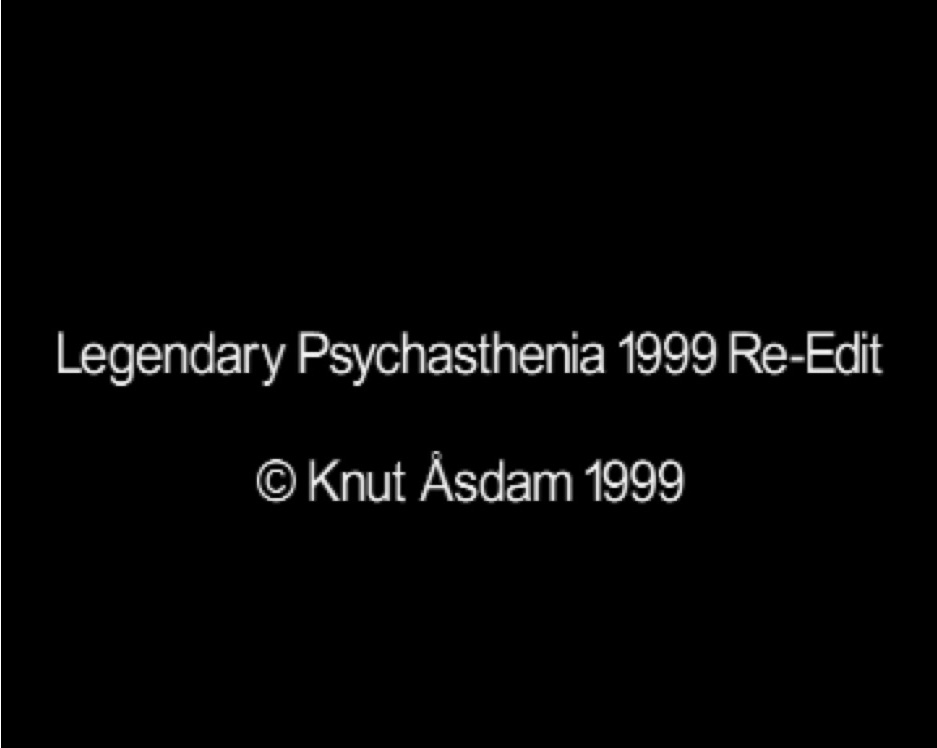 Legendary Psychasthenia was orignially boardcast as radio on Austrian Public Radio ORF in 1997. I wanted the free form radio play to be an insert into peoples every day lives, not something that was tagged as "art". So the fact that peopel might tune in on any point of the radio boardcast was a plus for me - also because it made the story merge with the subconscious of the city. Later it was also braodcast on the Norwegian public radio NRK, put as part of my curated online sound exhibition DIY webradio hosted by thing.net in 1997. It has since been borht broadcase and shown as part of audio installtions internationally.

I wrote the original 24 minute radio version of Legendary Psychasthenia together with the writer Onomé Ekeh, and we wanted a piece that dealt with identity in relation to an idea of the city's unconscious and a desire that despecifies and dissipates into the fabric of the city.  We were looking for a textual form that could both merge contemporary urban youth culture into the fabric of the piece, and make the sexuality at stake ambiguous and quite open—in which the direction of desire of the main protagonist is not clear.  S/he could be both a man or a woman,  depending on the listeners desires.  The aim was, for me, to make the sexuality in the piece queered in relation to a conventional heterosexual axis. This poetic form with its city slang, the querky ironic love-scenario, its rhythm, musical overlays and mixing, seemed to work together for such an effect.

The other aspect of these narratives is what I call ‘narrative spaces’. The thematic spaces with their particular cultural references (for example the sex-club), creates a thematic environment which comments on the viewing experience. In the darkened spaces everyone become both part of their own and other viewers' narrative and fantasy. Just by looking into a space to see if there is space to sit down, one inadvertently becomes a “player”, checking out the other person whose gaze one slowly or suprisingly meets in the dark lit space. The gaze that travels through a darkened space has more of a narrative quality to it when it leaps at you from the previously undifferentiated space.

So there is both the relation to language in terms of the actual narrative in the audio pieces, and then there are the narrative spaces that are, in themselves, a kind of literary version of the actual spaces of society.  Their particular economic, social and sexual references become narrative constructs around how the viewer enters, socializes and thinks that space.
Links
Video version on Vimeo, contact us for password
https://youtu.be/em6-mr0F6z0