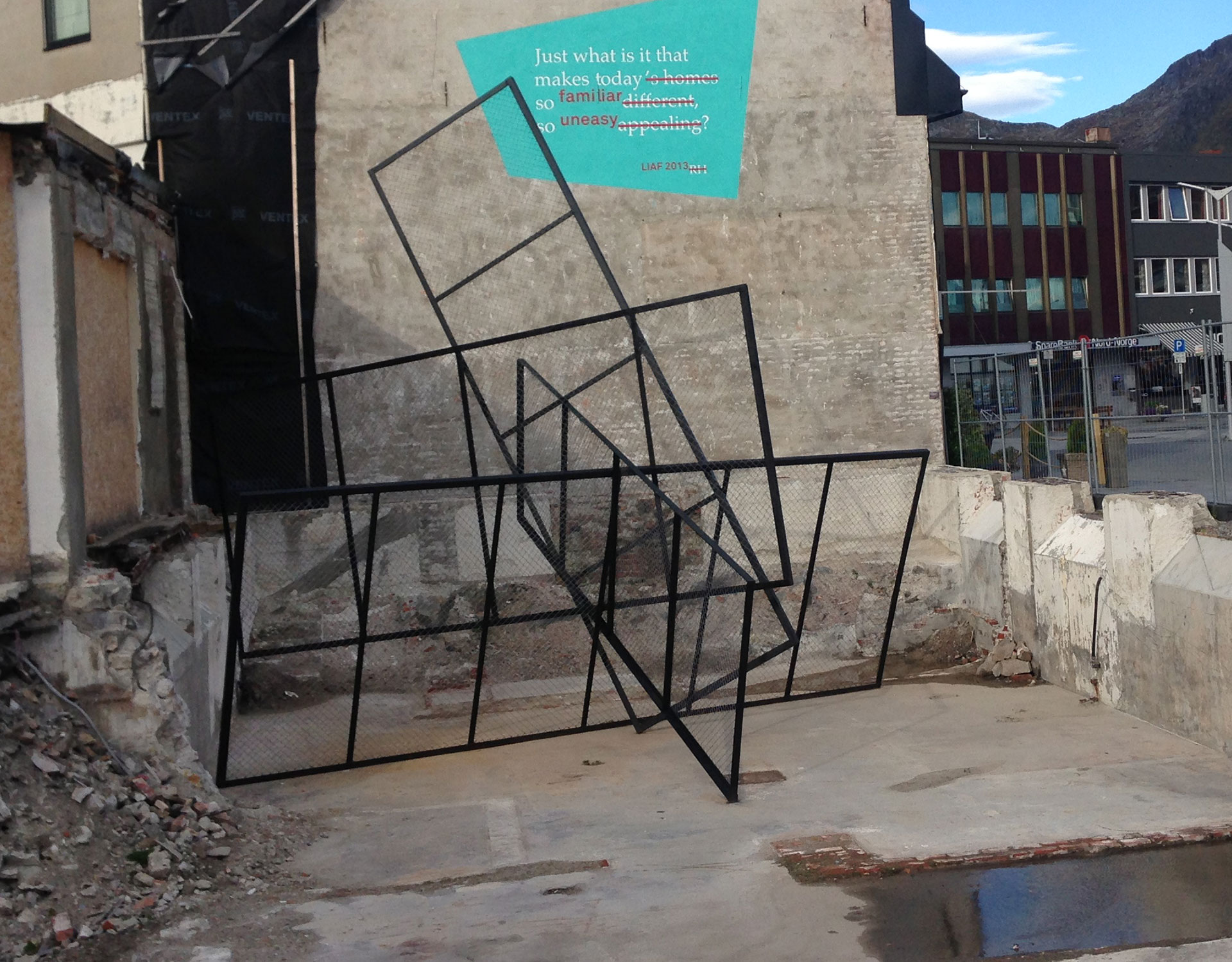 For LIAF 2013, Knut Asdam created an installation consisting of a sculpture inserted in a hole created by a fire and subsequent collapse of a building in the center of Svolvaer. The space, fenced at its borders, and the sculpture configure a structure that suggests the idea ofimpasse in symbiosis with the site’s present condition – simultaneously a building and a ruin.

Entitled DS (Hole, Figure 2) 2013, the work makes reference to the economic and structural uncertainties, the violence that prevails not only in the South of Europe and other places around the world, but also in Lofoten itself. This reflects a reality that local people confront in their everyday lives: the social and economic vulnerabilities provoked by long-term policies. In Lofoten, the temptation is to solve these problems by exploiting local oil deposits, which would generate prosperity and employment but could potentially destroy the ecosystem, the natural balance, future bio-diversity and marine life. An uneasy position, a life-threatening longing for normality that presents an unsatisfactory either/or situation in the face of this troublesome reality, a choice between poverty and an economic/ecological disaster.

Asdam’s intervention, almost imperceptible from a distance, fabricated from ordinary, familiar building materials and at first glance blending into the ruined building, emerges as we approach as a representation of something unknown and grotesque, a strange sort of blind spot, an intriguing construction and a subtle, deadly architectural monstrosity. 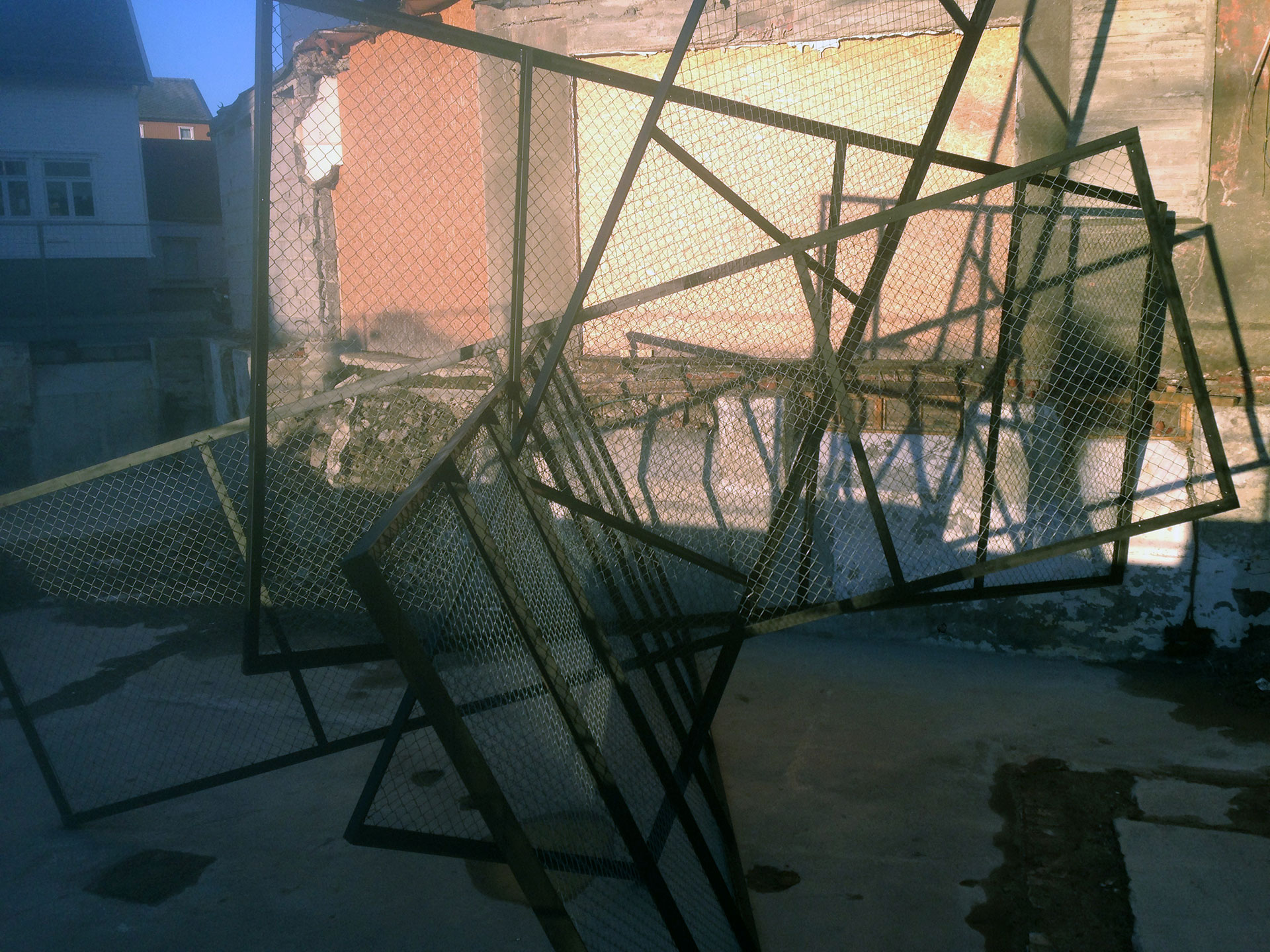 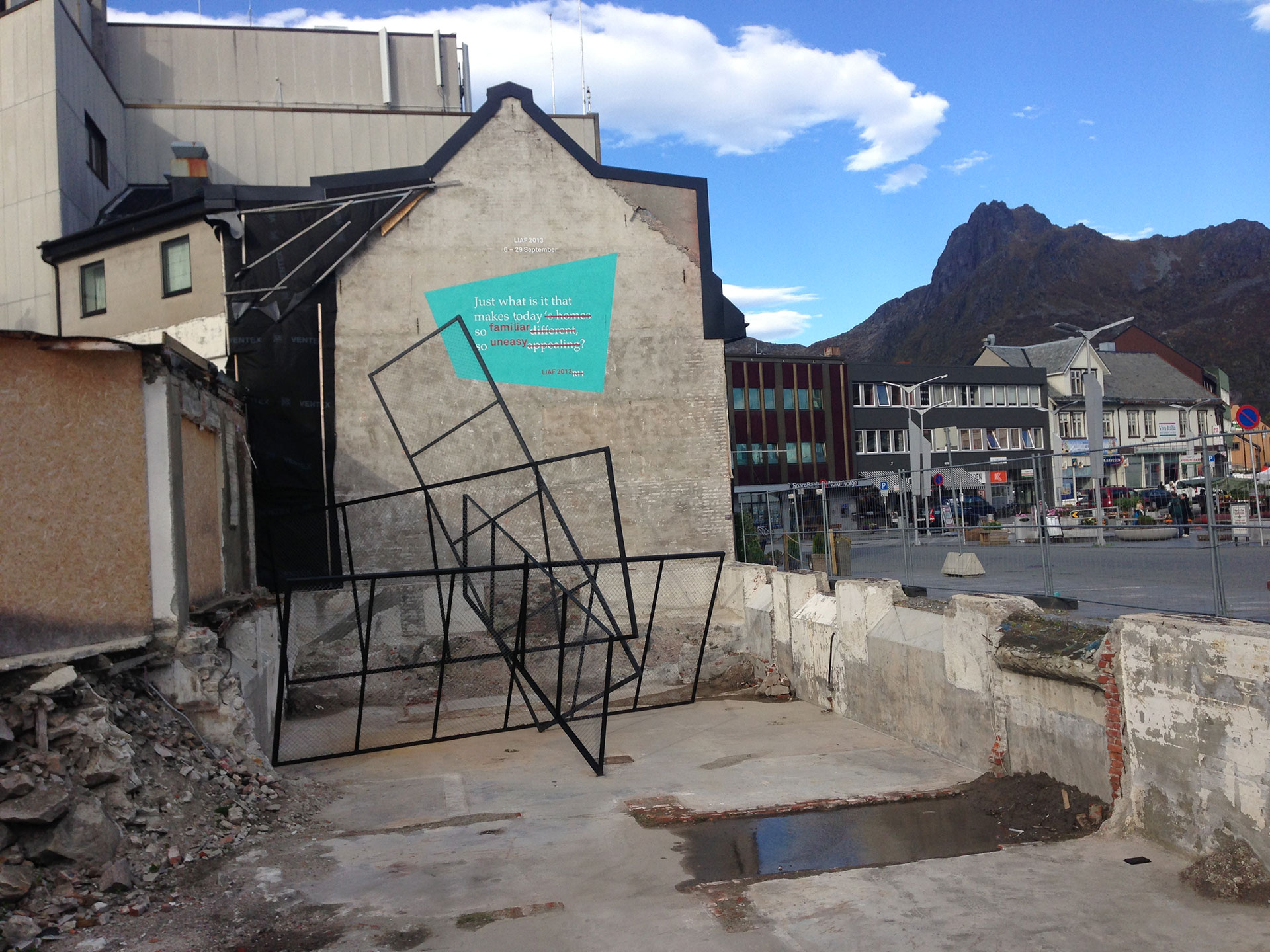 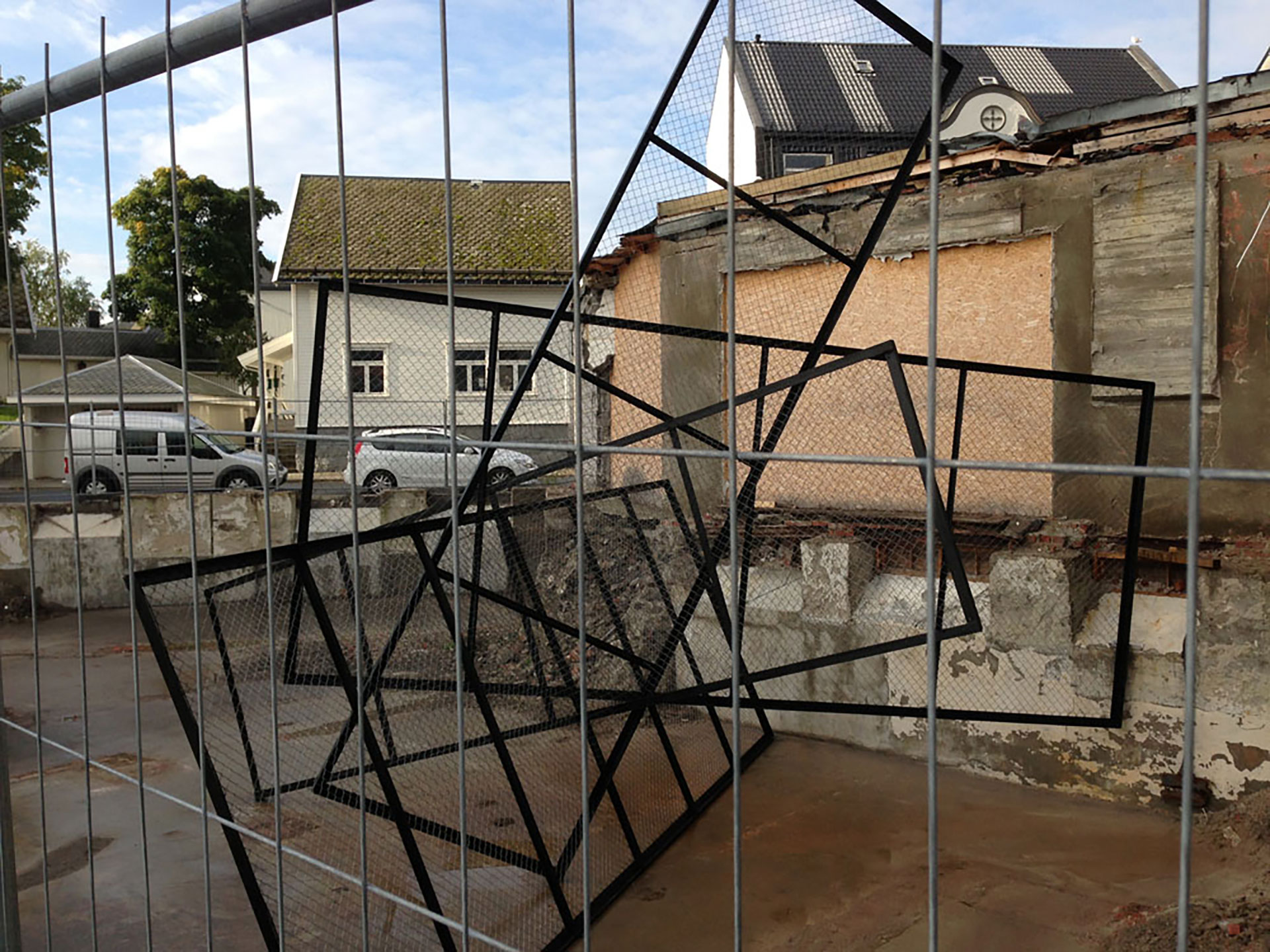 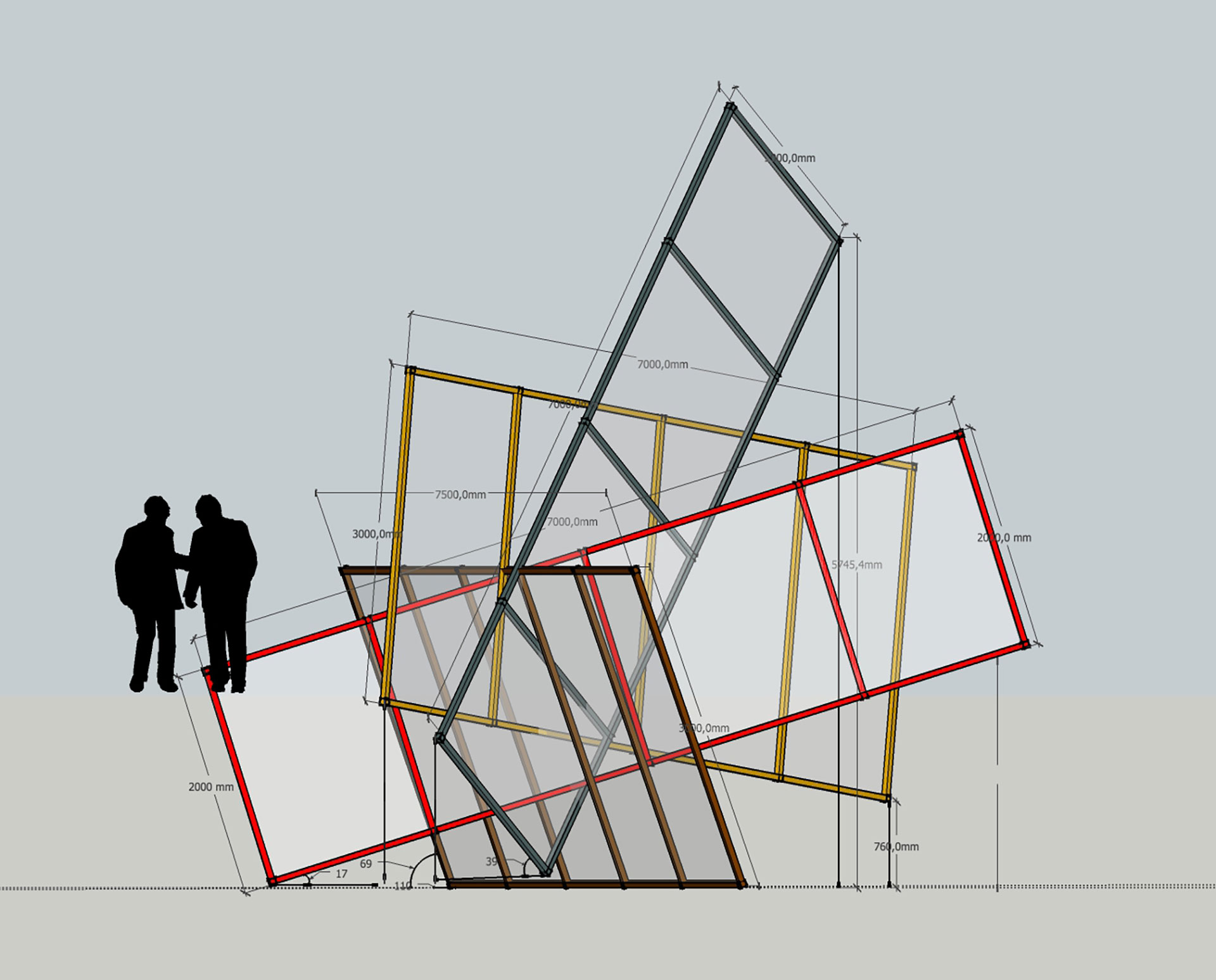