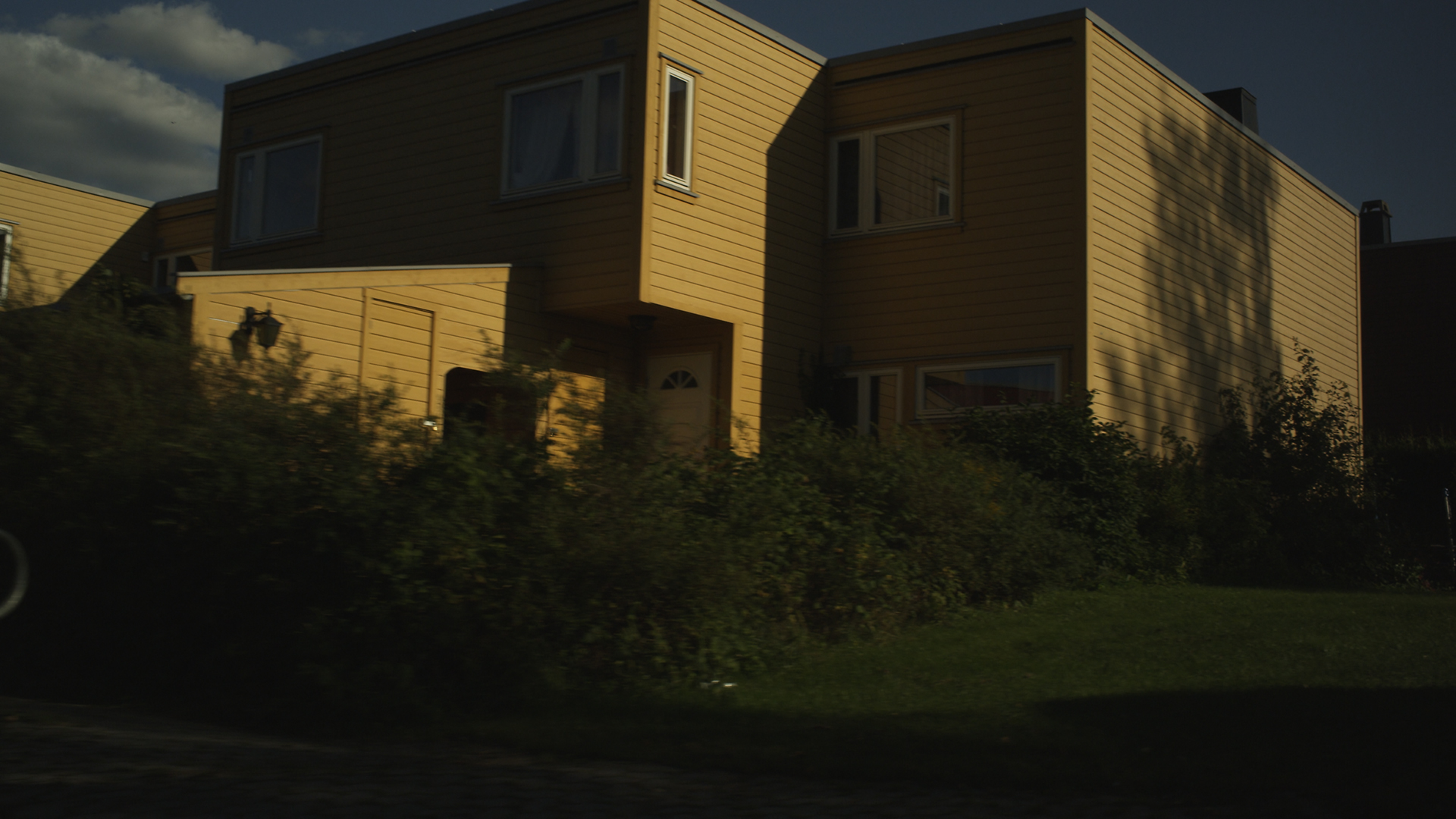 In the photographic series Oslo, Grorud 1, the Groruddalen area in Oslo forms the visual and thematic raw material. Geographically, Groruddalen is an important part of Oslo, with a mixed residential pattern that includes both public housing projects and owner-occupied areas. The area has an immigrant population of about 50%, a high percentage compared with the rest of Oslo, where the figure is estimated at 25%. The area is also known for its many post WW2 apartment blocks, originally designed for a quite different population structure and socioeconomic reality than the one that typifies the situation today.

At the same time Groruddalen is the focus of a number of large new projects that are laying the basis for change, at both the micro and the macro level. The different kinds of large-scale housing projects, and the architectural and demographic variation in the area, reflect a reality coloured by the interplay of international immigration, state regulation and local needs and wishes. The collective image of Groruddalen is full of contradictions, with the idea of an idealistic, social-democratic neighbourhood on the one hand, and descriptions of a disintegrating community with high crime rates and social unrest on the other. A high percentage of the population in the area consists of active young people, but there are very few public institutions to accommodate this group. The activities of the young often take place in random public squares with no specific function — or in school playgrounds after school hours and other areas used for evening activities defined by the young people themselves.

The photographs from Groruddalen source everyday details of an environment in change — cars parked along a street, people waiting, people in their leisure time or on their way to work and school but with the main focus and emphasis on the environment while people are out of focus or in a blur of motion.