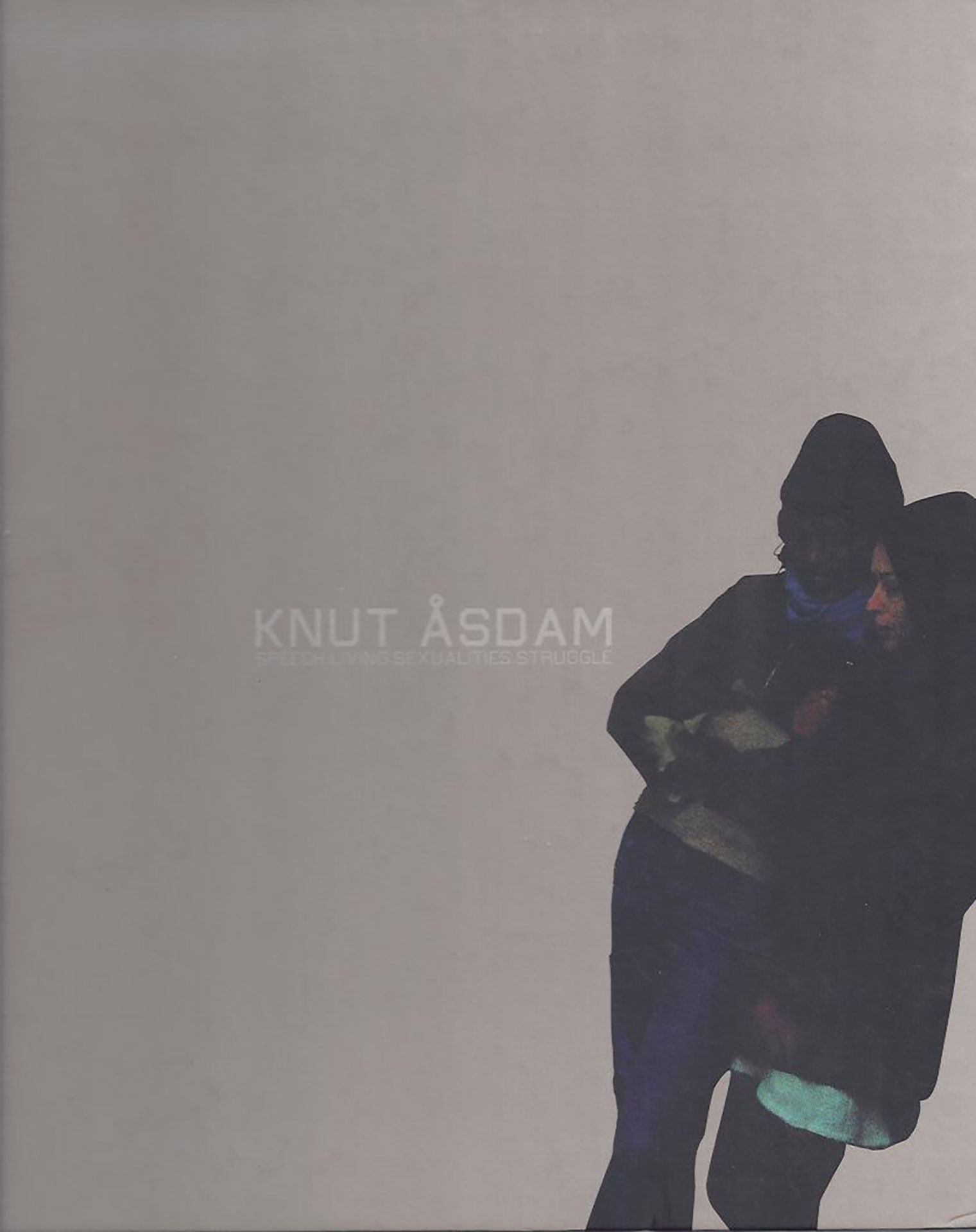 Through discussions, essays, photographic sequences and a rhythmic structure, the book by Knut Åsdam is a all-embracing involvement in his work in Film, Video, Photography, Audio and Installation. The book is divided in four chapters; Speech, Living, Sexualities and Struggle, which represents main points of departure for Knut Åsdam's motivation and practice.

The book mirrors the structure of a film or a song and is build up rhythmically as a sequence of images and texts working with the viewer’s rhythm. Throughout the book are comprehensive interviews conducted by Simon Sheikh and short focused texts on specific works and issues by other writers.